Dusan Jovcic for Netokracija: How our little board game studio grabbed attention at the 2021 Essen Spiel

The Essen Spiel 2021 board game fair had 93,600 visitors and 623 exhibitors from 42 countries - who would say board games are so popular? From a Serbian point of view, we are used to talking about it as a hobby of a small group of people who do not really understand them the best.

Over 93,000 visitors, fans of board games and everything geeky paraded through the eight halls of the fairgrounds in the German city of Essen. Although we were constantly amazed by the number of people and the crowd, more experienced visitors claim (which will be officially announced later) that this is the thinnest attendance since they have been coming to the fair, and some were there for the tenth time. What was noticeable was that Halls 4 and 8 were completely closed, while Halls 6 and 7 were operating at a reduced capacity.

Unlike previous years where there were very big crowds, this year both creators and publishers had more time to dedicate to each other and realize potential collaborations based on better conversations. This was especially important to us since we were at the fair for the first time and we wanted as many people as possible to see the Final Challenge game and hear about Kerber Games.

However, Halls 1, 2 and 3, in which the most important names in this industry were exhibited, especially as far as Germany is concerned, kept the old splendor and impressiveness of fairs from the past. Czech Games Edition, Hans im Glück, Kosmos, Pegasus, Goliath, AEG, Iello, Piatnik, Matagot, Gigamic animated a large number of people at once on their huge stands, showing projects that are in focus and selling games. At certain points, it was physically impossible to pass some of the stands, because the crowd was too big.

Another interesting model we noticed is that several smaller publishers from individual countries come together, share the costs and perform together at Essen Spiel, as a group of publishers. A great example of this is the team from the Norwegian Tabletop Game Publishers Association.

Essen Sipel is an ideal opportunity to promote your game, so it should be used to the maximum

Last but not least, we come to indie publishers - small studios that come from different countries of the world and promote their games, projects that are on Kickstarter or will be launched through some kind of crowdfunding. Here it is possible to see prototypes of games in various stages of development, test completely new concepts and find yourself holding your head and shouting "how did I not think of this?". Among the publishers of this size were us, Kerber Games. The main job that awaits a small publisher comes down to two things:

The first one is achieved by drawing attention to yourself, we handed out flyers, walked around and talked to people, sold branded masks and shared stickers with art from our game. Depending on the possibilities and the type of game they promote, we have seen various promotional approaches. Cosplay, free alcohol and QR codes on everything you can imagine. One team stamped people on the forehead with their QR codes. Branded bags and folders were distributed so that as many people as possible could see and remember your name.

We were branded from head to toe, and David estimated that our colors would stand out from the predominant black, which happened (everyone thought there were fifteen of us at the fair, even if there were only four of us)!

In addition to publishers, there are companies engaged in the production of games, the production of various game accessories, as well as the delivery of games, their employees run around and make agreements with both small and large publishers. It is very important to open conversations with all of them, in order to get the latest estimates about the cost of production and sending your game.

In addition to selling and testing games, we noticed that there are a large number of individuals who come to the fair with the aim of presenting their prototypes to major publishers and thus trying to sell their idea. Some publishers have admitted to us that they get over 4,000 different ideas for games during the year, a good part of which reaches Essen Spiel.

As for the organization of the event itself, everything is classically German. Signposts are everywhere, everything is logical, arranged and clean. In Germany, the vaccination certificate system has been valid for some time, which you show, put on a mask and your path is clear. For our conditions, however, transportation, accommodation, participation fee and even life in Germany are quite expensive.

After Essen, you realize how to grow from a small publisher to a big one

However, due to the opportunities for cooperation that are provided, the proximity and accessibility of relevant players from the board game industry and the number of users with whom you can test your game or games, we think that going to Essen is worth it!

After the fair, we gained new experience and insight into the industry - we saw what the stands of big and small "players" look like, what is similar and what is different. We managed to look at the fair as a whole from different angles: as fans of social games, we had the opportunity to enjoy the atmosphere of the fair and play games that are not yet available to the wider market.

On the other hand, as creators, we had the opportunity to be inspired by a bunch of phenomenal examples of visual solutions, new mechanics, disassembly of boxes, cards and live miniatures in one place; as entrepreneurs to make contact with relevant publishers, distributors and manufacturers for the purpose of potential cooperation. As people, to gain new acquaintances, hear other people's opinions and exchange experiences.

This helped us, in the end, to position ourselves in that microcosm. To make it easier to imagine where Kerber Games is in the near and distant future. How to get bigger from a small publisher and how to go from a simpler game to the next, more complex, project.

*The original text was featured on the Netokracija portal. 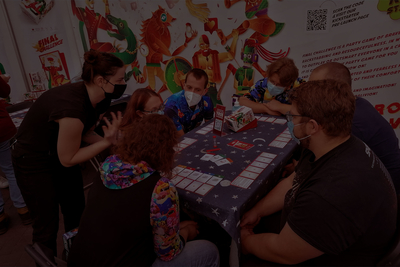 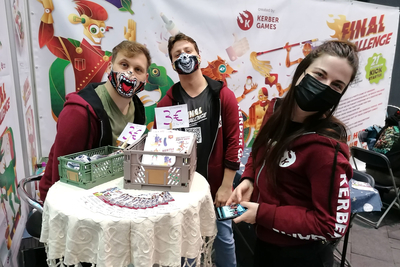 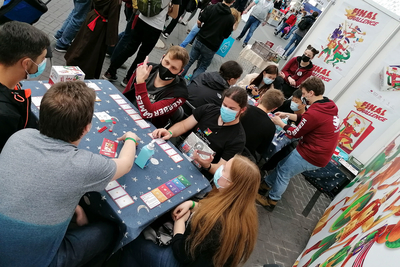 A visit to a this page could generate the following types of cookie.

These cookies are essential in order to enable you to move around the website and use its features, such as accessing secure areas of the website. Without these cookies services you have asked for, like shopping baskets or e-billing, cannot be provided.

These cookies allow the website to remember choices you make (such as your user name, language or the region you are in) and provide enhanced, more personal features. For instance, a website may be able to provide you with local weather reports or traffic news by storing in a cookie the region in which you are currently located. These cookies can also be used to remember changes you have made to text size, fonts and other parts of web pages that you can customise. They may also be used to provide services you have asked for such as watching a video or commenting on a blog. The information these cookies collect may be anonymised and they cannot track your browsing activity on other websites.

These cookies are used to deliver adverts more relevant to you and your interests They are also used to limit the number of times you see an advertisement as well as help measure the effectiveness of the advertising campaign. They are usually placed by advertising networks with the website operator’s permission. They remember that you have visited a website and this information is shared with other organisations such as advertisers. Quite often targeting or advertising cookies will be linked to site functionality provided by the other organisation.

Cookies can be managed via the web browser settings. Please, see you browser help how to manage cookies.